The South-South zonal chapter of the All Progressives Congress (APC) has given thumbs up to the 2015 APC gubernatorial flagbearer and immediate past DG of NIMASA, Dr. Dakuku Adolphus Peterside, for today’s launch of his compelling book, titled “Strategic Turnaround; The Story Of A Government Agency”.

The Party in a statement by her Caretaker Zonal Secretary, Mr. David Okumgba, averred that Dr. Peterside has made the South-South APC very proud by showcasing the deep intellectual content embedded within the fold of the Party.

“This book launch which promises to be the unveiling of a blockbuster, carefully written by the cerebral Dakuku, will end up a research material to be utilised by captains of industry, governments of nations and indeed technocrats, who are desirous of converting a moribund brand into a lucrative cash cow, by moving from goals to results. As a party, we are very proud and lucky to be associated with an amazing personality like Dr. Peterside,” Okumgba said.

The Party charged him to remain consistent in inspiring a new generation of leadership through his prolific works, mentoring, infectious astuteness and exemplary leadership — qualities that have railroaded him into national limelight and tipped him as an emerging nationalist.

Dr. Dakuku Peterside; a management practitioner and indigene of Opobo in Rivers State, is the starboy whose magic wand revamped a corruption-ridden government agency (Nigerian Maritime Administration and Safety Agency, NIMASA), by transforming it into a top-notch money-spinning revenue generation agency in Africa within his short stay in office. 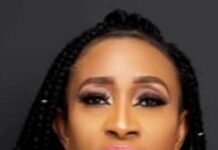